RED (Risilient Entrepreneur’s Drive) supported by the Allan Gray Foundation, WC Department of Education & One Day Leader Foundation is looking for 60 students to attend its 4 Connect Dinners in Randburg for free. All high school students are eligible to attend.

A casual setting with the speakers and students where they are assisted to explore the concept of entrepreneurship and how to apply it in your own lives, which is facilitated by the founder of RED. A great opportunity for networking and for being assisted in building your vision.

ABOUT THE RESILIENT ENTREPRENEURS DRIVE

Interested or aspiring young entrepreneurs should send an e-mail to info@poutmovement.com or WhatsApp 072 751 6259

HERE ARE THE SPEAKERS

Lorne joined HouseMe after 4 years of management consulting with Bain & Company. HouseME is a digital platform that connects prospective tenants to landlords with full automation of the letting agency process with fair and transparent rental pricing – all for a fraction of traditional fees.

Lorne has worked on projects in telecoms, minng, banking, agriculture and oil&gas, covering organisational design, operating efficiencies, MIS, merger integration and change management. He has experience working in Western, Eastern and Southern Africa. Lorne studied Business Science: Finance at UCT. He was involved in student governance, serving on the SRC for two years – as President in his 2nd term, giving him a seat on the University Council (incl. EXCO), Senate and Finance Committee and winning the annual most outstanding student leader award in both years. Lorne is an Allan Gray Fellow and a keen water skier in his free time.

Esethu is an Allan Gray Fellow, Mandela Rhodes Fellow and University of Cape Town graduate. She completed her undergraduate and honours degree in Bcom Politics, Philosophy and Ecomomics and her Masters of Commerce Degree in Economic Development.

Esethu is passionate about sustainability and development, particularly in the context of Africa. She fundamentally believes that the human species cannot ensure its survival and development without adopting sustainable practices that account not only for profit, but also for people, planet and general well-being. Esethu has created a meaningful impact through two companies fundamentally rooted in the respect for people, planet and well-being. The Rewoven Company and Free Minds Consulting.

The Rewoven Company manufactures 100% recycled fabric from textile waste that is diverted from landfill. The fabrics are manufactured in South Africa. The aim of the company is to revive the South African clothing and textile sector, a critical sector for generating economic development and empowering women from disadvantaged communities. Free minds Consulting does monitoring and impact evaluation for projects in the entrepreneurship and early childhood development fields; assists large South African corporates with achieving transformation targets; and has had a project aimed at university students who help solve a key problem/consulting challenge for a local small business or NGO.

Lonwabo is the co-founder of The Rewoven Company, Lemon Style and Free Mind Consulting, as well as BSc. In Mechanical Engineering graduate. He is an emerging strategist and critical thinker who is passionate about start-ups and entrepreneurship. It is his life’s mission to be a co-creator of a self-sustainable entrepreneurial ecosystem in South Africa, and most importantly the promotion of individual well-being and inner exploration. He aims to further broaden his knowledge in the areas of sustainable development through focused attention on the betterment of human consciousness.

Denislav is pursuing a degree in physics and chemistry at UCT whilst running a 3D printing and prototyping service that helps innovators and entrepreneurs develop their product ideas. He is on track to becoming the first local manufacture of industrial 3D printing technologies and hopes to democratize and demystify the industry. His goal is to accelerate the advent of additive manufacturing technologies in Africa whilst offering a new generation of inspired engineers and scientists.

Ludwekazi boasts a career in both media and advertising. She served under the 2017 World Economic Forum on Africa working with the production’s media and livestream team. She is currently a business development consultant, entrepreneur and television presenter.

As founder of the Fundi’Afrika, she further developed a series of fun integrated ways of promoting African literature and preserving indigenous African languages. She hosts monthly Fundi’Afrika sessions where young people meet to learn more about the African continent.

Fez is a young entrepreneur and artist who specialises in visual mediums, mainly photography, with a focus on representation of marginalised voices. Growing up in Italy and South Africa, and constantly travelling has given Fezekile the ability to view life through a multicultural lens, and he simply appreciates diversity, while believing strongly in inclusitivity. He discovered his passion for photographic storytelling through photojournalism and later editorial photography. At the age of 19, while completing a triple major degree in Genetics, Psychology and Human Physiology, Fezekile started his first company Nzuri Pingendo (which means Beautiful Portrayal).

Fezekile’s pertinent work as a photojournalism for the University of Pretoria’s student run newspaper, Perdeby, and student and environmental activism lead him to becoming a published photographer in various media outlets, including newspapers.

His photo journalistic works are also used in academic circles. Since Nzuri Pingendo’s inception almost 3 years ago, Fezekile in his capacity as Creative Director has led the company into the planning, roll out and delivery of high quality content to international NGOs such as Norwegian Church Aid, institutions such as the University of Pretoria, corporate and individuals.

With his well regarded mind for marketing and experience with increasing consumer based engagement, Fezekile is rapidly growing his company’s digital footprint across the African continent. In his spare time, Fez can be found hiking, reading or watching documentaries.

Enhle is a Masters graduate in Political Studies from the University of the Witwatersrand. She is currently a Social Strategist and Community Manager for Ginkgo Agency, where she creates content for Mercedes-Benz South Africa.

Enhle is interested and has a keen capacity to shape the world. She has led in structures such as the Wits SRC as the Research and Policy Officer, The School of Social Sciences executive, and holds the title as the former Deputy Junior Mayor of Johannesburg.

Enhle’s activism and social consciousness initiated her path towards becoming a Social Entrepreneur with her current focus being the MbalEnhleSis Initiative which sells African Printed Doeks and Corporate Gifting. MbalEnhleSis then gives a percentage of the money towards buying pads for girls who otherwise cannot afford them.

The MbalEnhleSis Initiative has a gained a lot of traction from people around the globe and has distributed over 30 000 pads thus far. It is her proudest social entrepreneurship moment thus far.

Enhle’s entrepreneurship journey has taken on a new life as the CEO of Roaming Stoves which is a mobile food trailer situated inside Wits University. The food trailer sells uniquely South African foods such as amagwinya. The aim of opening Roaming Stoves is to curb student hunger on campus by providing affordable meals.

Anele is a law graduate from Wits University. In 2016 she joined the Centre for Applied Legal Studies as a Legal Researcher in the Business and Human Rights unit. She has created an online company offering locally made clothing and is also the founder of Alunamda Media which specialises in content marketing. Anele is an experienced writer and television producer who has produced major television shows such as The Big Debate, One Day Leader and MTV’s Nelson Mandela Roundtable Debate.

Completing a Bachelor of Arts degree majoring in International Relations and Politics at the University of the Witwatersrand (Wits). During this period Thami was elected as a member of the Student Representative Council (SRC) 2014/2015 and 2015/206. A proven, experienced student leader, self starter and effective team member.

After completing his studies in Finance and Accounting at the University of Cape Town, Ben gained corporate experience as an M&A Investment banker at J.P Morgan Chase in Johannesburg. Ben left the bank in 2015 to found HouseMe, having previously started a number of other smaller ventures. Ben is an Allan Gray Orbis Foundation Fellow and has had his work published by Flux Trends. He also represented South Africa in the CFA Challenge in 2014 and has been part of a number of entrepreneurial delegations around the world. Ben is the Chief Executive of HouseMe which has expanded into a national property technology company over the last 18 months and was recently announced as the top Startup of Cape Town by Seedstars.

Thandeka Xaba studied a Bachelor of Business Science in Finance at the University of Cape Town (UCT) after which she completed a Postgraduate Diploma in Accounting (PGDA) also at UCT. After completing her university studies, she joined Investec where she completed her articles between 2015 and 2018, and received her Chartered Accountant (CA) qualification. Thandeka is from the 2014 Fellow graduation class.

Thandeka has a string of businesses that she started since the age of 11. She now has a business called Glam Ally which is an on-demand beauty service platform where one can book a beautician to come to them at a time desired by the client. Read more here https://www.associationnavigator.org/fellow-news/fellow-update-on-business-thandeka-xaba-glam-ally/

Zareef Minty is an entrepreneur, lawyer, thought leader and innovator. 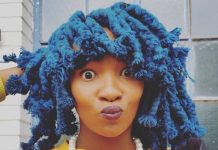 OPPORTUNITY FOR HIGH SCHOOL LEARNERS IN JOBURG TO BECOME ENTREPRENEURS

POUT SUMMER TRENDS AND WHERE TO GET THEM

ABOUT US
POUT stands for Powerful, Outstanding, Unique & Talented. It is an inspirational & aspirational self-empowerment movement for young women.
Contact us: info@poutmovement.com
FOLLOW US
© 2018 © POUT Movement. All Rights Reserved.